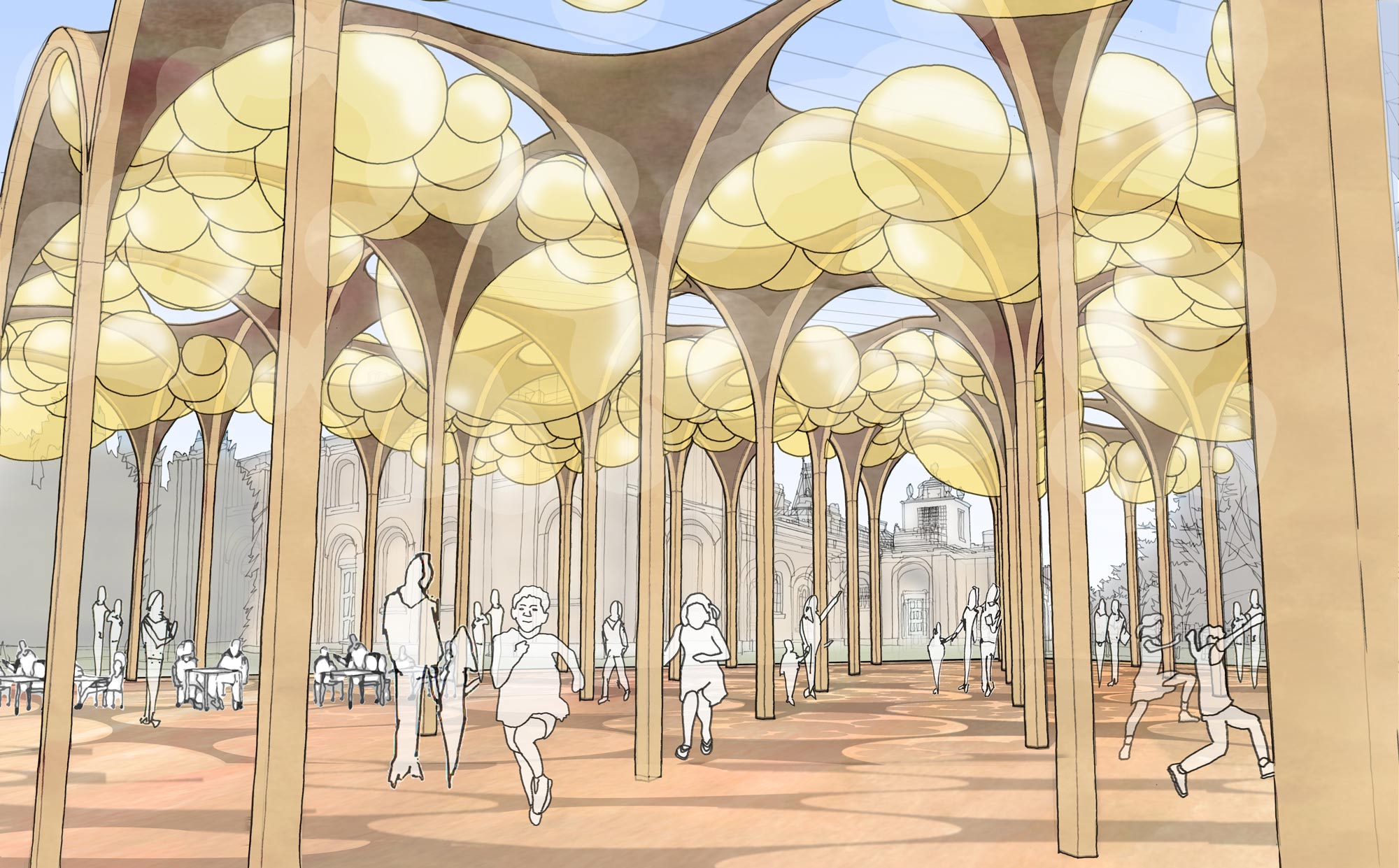 Fathom responded to Dulwich Picture Gallery’s brief for their 2019 pavilion with a design referencing Sir John Soane’s manipulation of light and spherical vaulted domes, to create a modern playful space for a variety of events.

The concept was inspired by the pendentive architectural element of Soane’s architecture in the gallery – the vaulted supporting elements to a dome – inverting the solid/negative spatial dynamic to create a space which encourages interaction and engages a new audience.

A ceiling of repeating circular elements creates a calm contemplative space employing the Soanean values of order and diffuse lighting from above, animated with helium balloons to create a joyful space as a backdrop for a series of public events.  A system of lowering and raising of the roofscape locally creates areas of differing intensity and light, adding depth and drama to the experience. 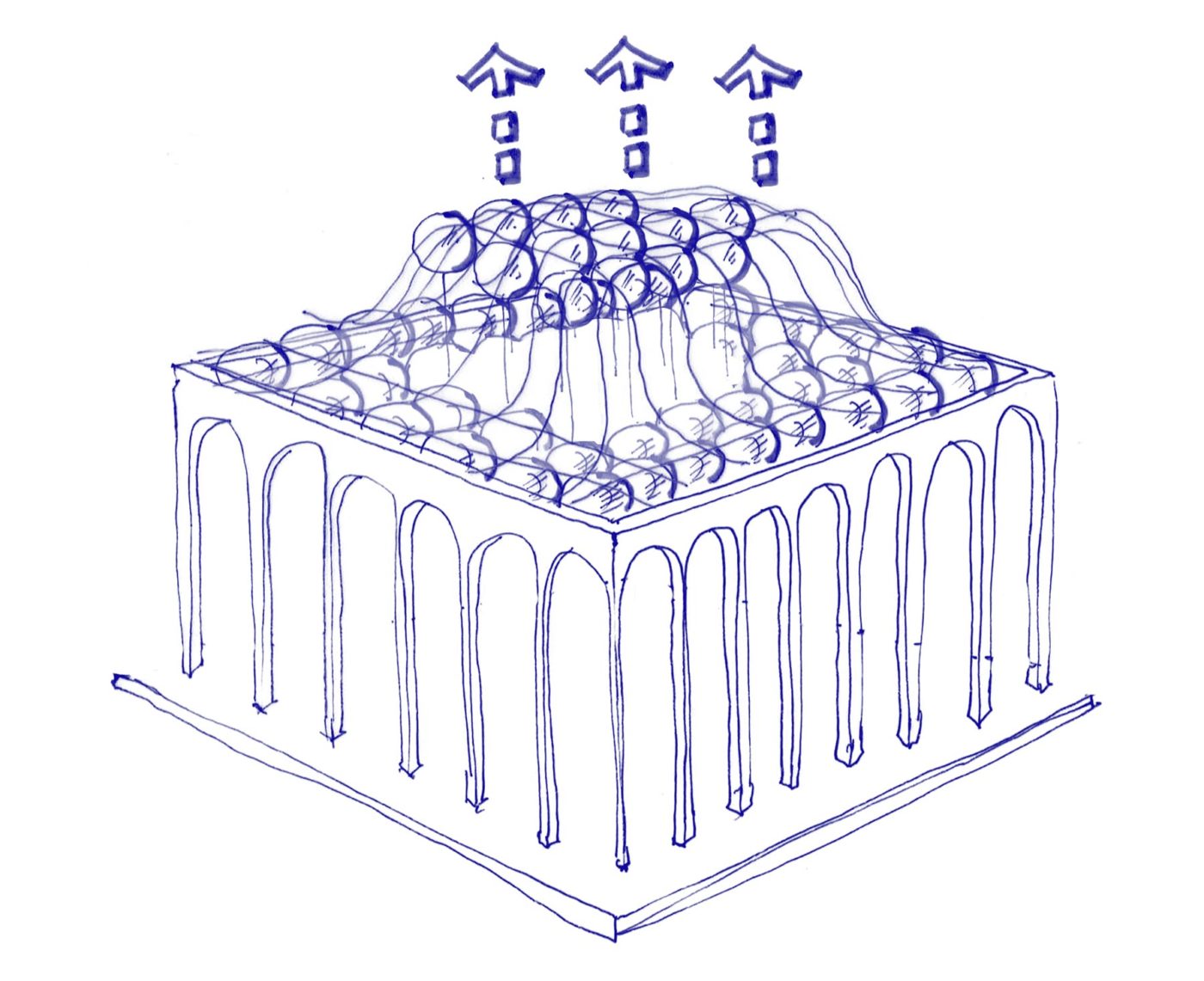 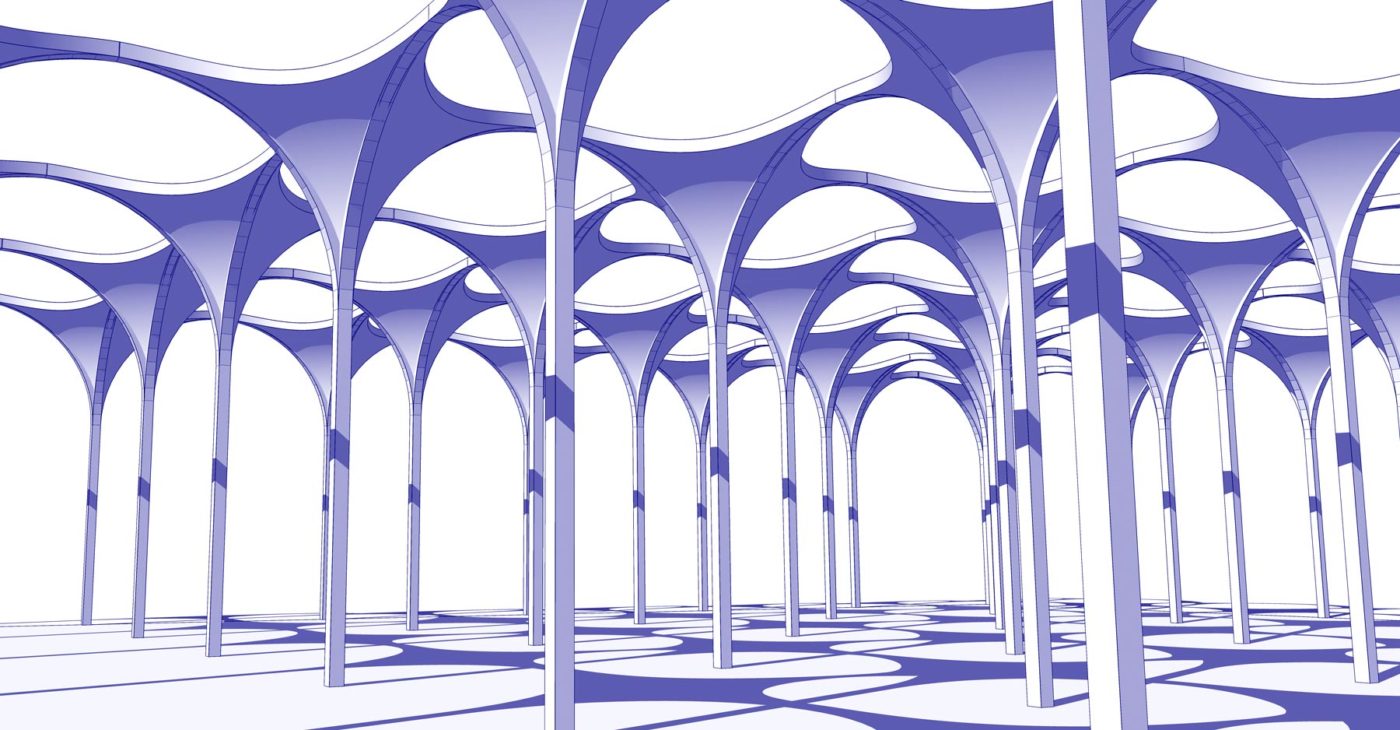 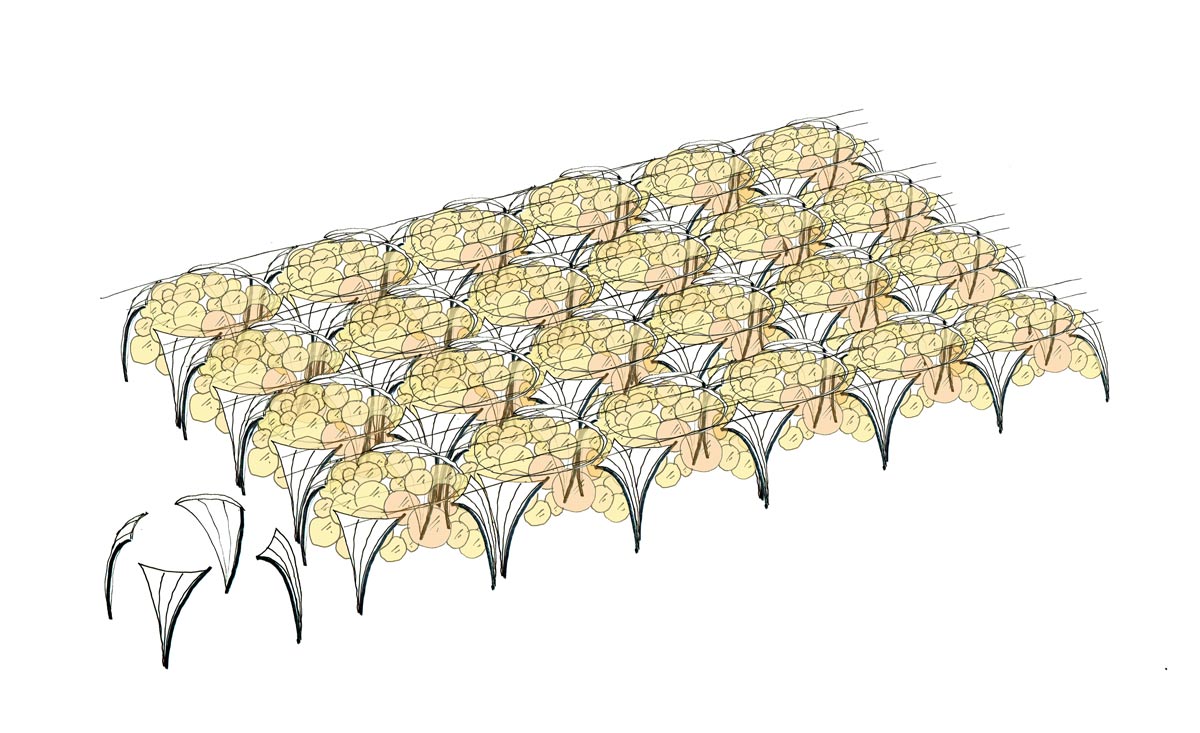